Don’t Miss the Golden Lane at the Prague Castle

The little houses contrast with the royal dwellings and state rooms, but have their own charm.

It got its name reputedly from alchemists who lived in the street. Franz Kapka was not known to be an alchemist but the writer apparently lived in house no. 22 for a couple of years.

Today, the houses are little souvenir shops, basking in the sun in their colorful facades and tiny pot gardens. 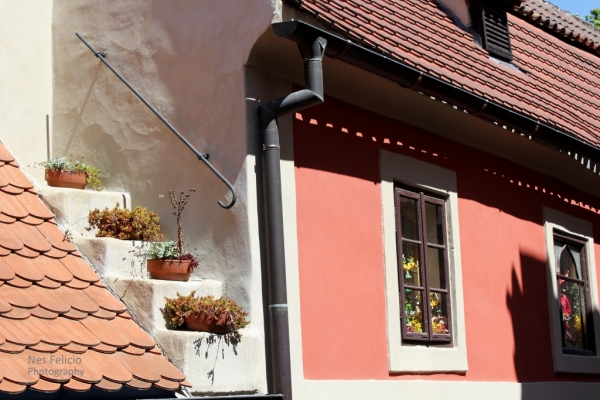 It is also a museum that shows how the interiors may have looked like 500 years ago. 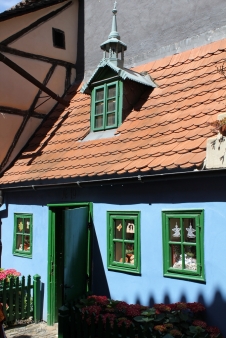 After all that walking, a treat of trdelniks is in order; it’s a traditional Czech dessert that looks like a doughnut wrapped around a stick and roasted.

Looking out towards Charles Bridge and the city of Prague from the Castle grounds while munching on the trdelniks would be a perfect way to cap this Golden experience.