The River of Constant Change

I like taking photos while travelling, mainly to remind me of the trip, perhaps even enjoy it all over again. On some occasions they inadvertently become a record, a stamp on the banks of the river of time. 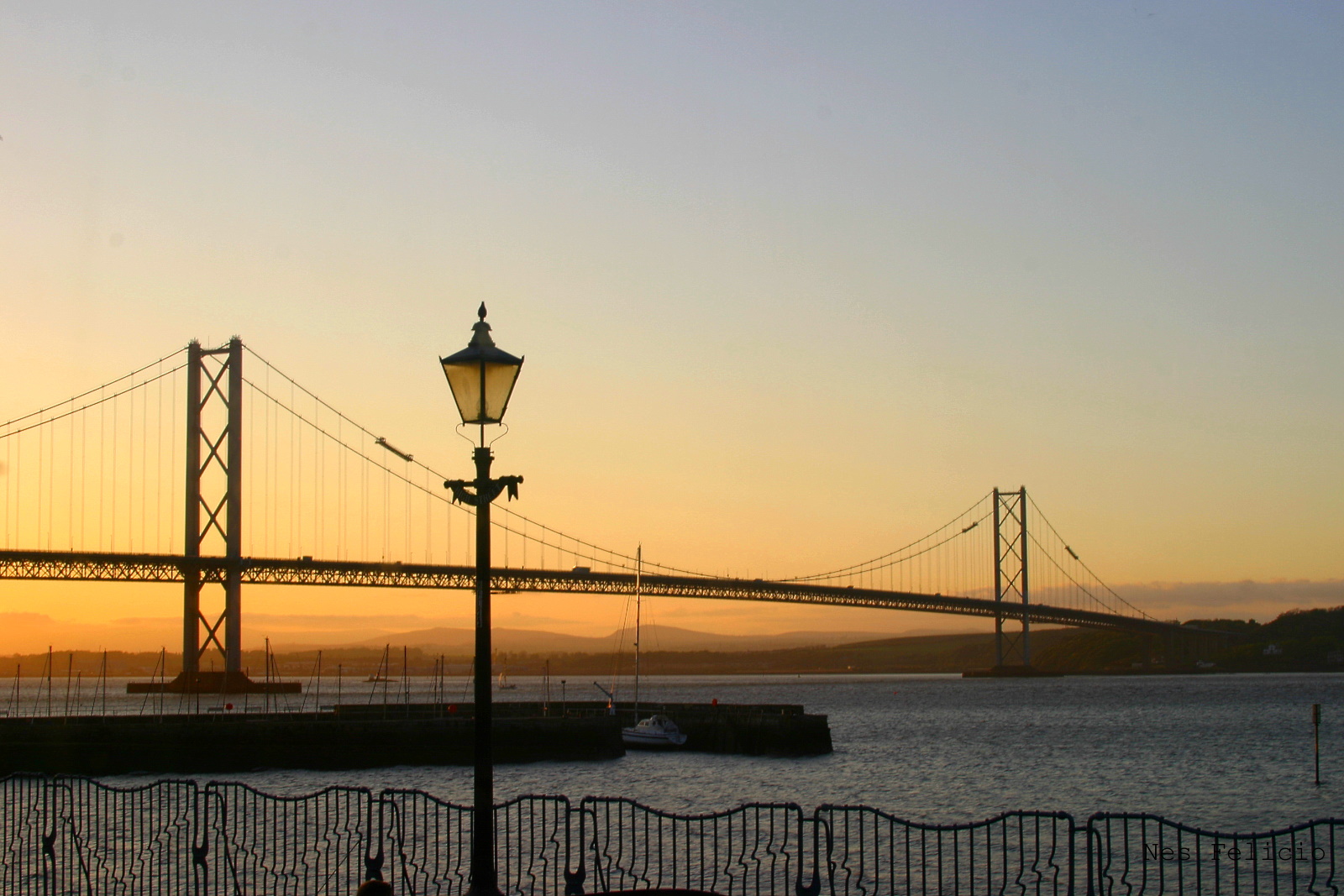 If this bridge looks familiar, there is good reason. It used the same technique for spinning parallel wire suspension cables used in the Golden Gate, the longest suspension bridge in the world at the time and the basis for its distinctive style.

The Forth Road Bridge at the Firth of Forth in Scotland opened in 1964 and connects Edinburgh and Fife.

But today you won’t see the same view if you stood on the same spot.  I took these photos before a new bridge was built (behind it from this angle), the Queensferry Crossing, which officially opened in 2017.

At its peak the Forth Road Bridge carried 65,000 vehicles per day; today it’s for use only by pedestrians, cyclists, taxis, and buses, but will move into the future as the site of the UK’s first passenger-carrying driverless bus operation. It has stood the test of time.

The bridge above the river of constant change.