As the new year starts, the calendar turns a page — or for the astronomical clock at the Old Town Hall in Prague, it turns a new circle.

It dates from medieval times, and is the oldest astronomical clock still operating.

The circle at the bottom is the calendar. It has an intricate face that shows what appears to be the months of the year and the zodiac signs. The angel is pointing at the top where the current date is shown.

The clock itself is the circle at the top. Actually it has quite a number of circles. Aside from the time, it shows the sun, the moon, the planets, and other astronomical measurements. In horological terms, it has a lot of complications. It is so complicated I don’t know how to read the time! 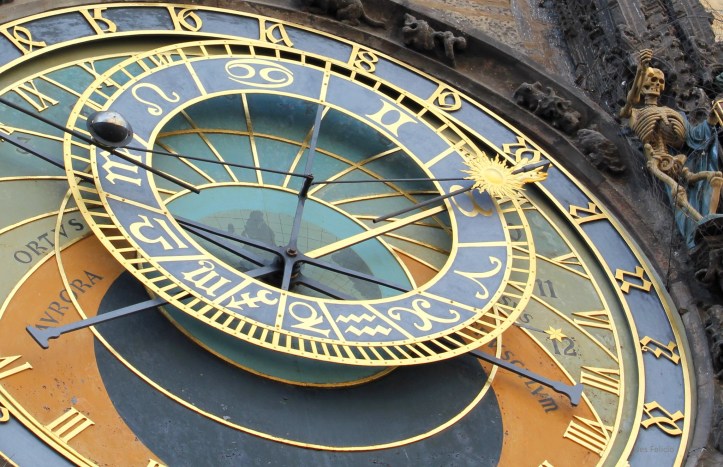 But no need to despair. At the side is a familiar clock, perhaps running on a quartz movement. This tells the tourists when the next show is about to start.

There is an hourly clockwork show where the figures of apostles move about and the hour is struck.

Quite a show and quite a clock! 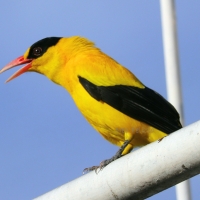 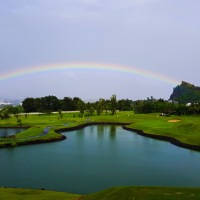 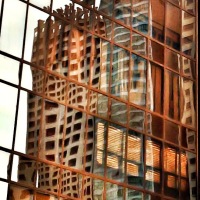 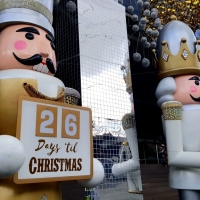 Thank you for visiting, and see you next time!